One day she woke up early in the morning but that morning was not  a good morning. It was 4′ O clock in her wrist watch which had been stopped working. She got up from bed and saw the time in wall clock but their was darkness in the room, so she removed the curtains, it was still dark outside but street light was enough for watching time.

As she turned back and looked at watch suddenly lights gone, there was dark again. But it was not that much dark, she reached the window and heard few noises.

Someone was saying “Come on! run faster otherwise they’ll catch us, please hurry up, I don’t wanna go to jail” She was worried and curious to know who are outside??, what are they doing?? Are they thief ?? too many thoughts started racing in her mind. She go to the balcony with a torch and suddenly a voice scared her. It was a sound of gunfire. Everything stopped for her for 5 minutes, she was shocked.

After 5 minutes lights turned on and she saw mob on the street. She ran towards the door, it was locked but she was disturbed and forget where she had putted the keys. She searched on her bed and found keys below her pillow. She opened the door and reached near the victim. She had been dead. As she saw the face of the dead person she screamed loudly and got fainted.

After few minutes someone threw water on her face and yelling “wake up, its too late, come on get up”. She suddenly opened her eyes and saw that dead person standing in front of her. She hugged her tightly and said “Thank God you’re fine, I was sacred that I lost you, please never leave me alone, be with me always, I love you a lot.” and started crying.
The person hugged her and said “I love you too don’t worry I’ll never leave you alone stop crying and tell me what’s going in your head!!!”

She realized that it was a nightmare and said “Nothing, I am fine I saw a scary dream, thank god it was just a dream.” She looked at her wrist watch, it was working fine. It was 10′ O clock.

Thank You for reading.

This site uses Akismet to reduce spam. Learn how your comment data is processed. 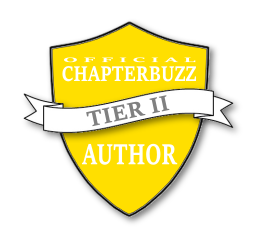